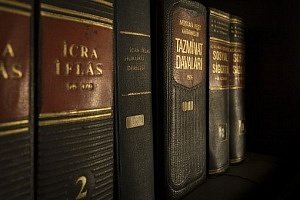 A motion in limine (Latin: [ɪn ˈliːmɪˌne]; “at the start”, literally, “on the threshold”) is a motion filed for the purpose of making an evidentiary decision outside the presence of the jury and before trial begins.  There are generally two types of motions in limine in a civil setting.  The first is to procure a definitive ruling on the admissibility of certain evidence, often on the basis that the evidence is prejudicial, irrelevant, or otherwise inadmissible.  Born v. Eisenman, 114 Nev.  854, 962 P.2d 1227 (1998).  The second is a prophylactic Motion that seeks to prevent counsel for the other party from mentioning inadmissible evidence or limiting the use of the evidence.  NRS 47.080.

The use of a motion in limine is not specifically authorized by  NRCP, but it is authorized by EDCR 2.47 after counsel has made a good faith effort to “meet and confer” and resolve the matter prior to filing the motion.  Further, the Nevada Supreme Court approved the practice in State ex. Rel. Dept. of Highways v. Nevada Aggregates & Asphalt Co., 92 Nev. 370, 551 P.2d 1095 (1976).  Trial judges are authorized to rule on motions in limine pursuant to their inherent authority to manage trials. See Luce v. U.S., 469 U.S. 38, 41 n.4 (1984) (citing Fed. R. Evid. 103(c) (providing that trial should be conducted so as to “prevent inadmissible evidence from being suggested to the jury by any means”)) (as cited by  Demaree, Lindsay and Hostetler, Jennifer K.,  Making the Most of Motions In Limine, COMMUNIQUÉ (April 2014, Vol. 35, No. 4).

Consider filing a motion in limine to exclude certain testimony or witness, to exclude evidence, publicity, obtain approval of demonstrative exhibits, PowerPoint presentations, to declare a witness unavailable, and to determine which portions of testimony are to be read to the jury, etc.