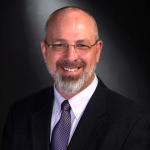 The Nevada Supreme Court calls its changes to the 2019 Nevada Rules of Civil Procedure (“NRCP”) “exhaustive.”  Although the changes do not take effect until March 1, 2019, since they are so comprehensive, a complete read would be advisable for all practitioners.  The amended rules (with the committee’s explanatory notes) are available in this post; a red-lined PDF version can be found here.  The amendments largely bring our rules into alignment with the Federal Rules of Civil Procedure (“FRCP”), while retaining some Nevada-centric practices.  Those familiar with the FRCP may find the version of NRCP red-lined against FRCP a most helpful document.  The changes are too many to summarize here, but I have noted some which may impact civil practice the most regularly.  They are presented in numerical order.  For a table of the new deadlines and due dates, here.

Rule 4.1 incorporates the federal waiver of service rule, and without FRCP 4(d)(2)’s penalty provision.  I’m uncertain what the rule committee intended, but the lack of penalty would seem to result in a defendant merely taking the full 30 days to delay the matter, refuse to waive service, and force the plaintiff to serve the old fashioned way, costing time and money.  I have reached out a member of the committee to get a better understanding of the intention and how practitioners can comply with Rule 4.1(a)(1)(4), which requires that the notice contain a discussion of the consequences of failing to waive service.  See the Official Form here.

[1.28.19 EDIT]:  On 1.25.19, the Supreme Court issued an amendment to ADKT 522 which addresses this concerns and adds the federal-style penalties into the rule.  The amendment also alters the official form.  A copy of the Order can be found here.

Rule 4.4 is modeled after an Arizona rule, allowing the judge maximum flexibility to order service by any means that is likely to result in a defendant being given a reasonable opportunity to respond.  It sets out new requirements for a motion to serve by publication and allows the court to designate whether publication should be in Nevada or elsewhere, and even allows for substitute service by social media.

Rule 8(a)(1) now requires that complaints contain a FRCP 8(a)(1)-style statement of the court’s jurisdiction to hear the matter.  [3.1.19 EDIT]: See the article below for sample jurisdictional statements.

The Nevada practice of suing fictitiously-named defendants and amending later once the identity is known is retained in the new rule.

Rule 26 wholly adopts the Federal standard allowing discovery proportional to the needs of the case, considering the importance of the case, the amount in controversy, the parties’ resources, burden, etc.  For more on our obligations under the Rule 26 proportionality standard, see this post

What Can Nevada State Court Attorneys Learn About Proportionality From Federal Court Decisions?

Rule 30 limits the number of depositions to 10 (not counting custodian of record depositions).  It also limits depositions to 7 hours on the record.  Rule 30 as amended retains the Coyote Springs ruling that the attorney-client privilege does not attach to conversations during a convenience break in a deposition.

Rule 33 adopts the federal rule but keeps the number of allowed interrogatories at 40.

Rule 34 contains a special carve-out for Electronically Stored Information (“ESI”) to the general requirement that a responding party must designate which documents respond to each document request.  The responding party must either specify the records in enough detail to allow the requesting party to locate them by category or organize and label the records to correspond to the requests.

[3.7.19 EDIT]: Boilerplate objections are no longer allowed, as is made clear by the amendments to Rule 34.  Rule 34(b)(2)(B) and Rule 33 require that when objecting to a request, one must “state the ground for objecting to the request, with specificity, including the reasons.”  Emphasis added.  “By creating meaningful disincentives to the use of boilerplate objections, courts are using the Rule 34 amendments to strike at the core of the culture of discovery paranoia that has made boilerplate objections so pervasive.” The Sedona Conference Federal Rule of Civil Procedure 34(b)(2) Primer: Practice Pointers for Responding to Discovery Requests, The Sedona Conference Journal (2018).

When multiple offers are given, the penalties run from the earliest offer in time that is more favorable than the judgment.  This encourages settlement by allowing follow-up offers and allowing penalties from the time of whichever offer is more favorable than the result at trial.  The rule abrogates Albios v. Horizon Communities decision regarding the treatment of multiple offers.

How Do I Deal with Conflicts Between EDCR and NRCP?