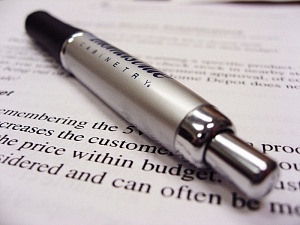 A court may enjoin someone one who does not sign a non-compete covenant when the non-signatory “breaches the covenant in active concert with the principal party enjoined and with knowledge of the covenant.” Las Vegas Novelty, Inc. v. Fernandez, 106 Nev. 113, 116-117 (1990) (citing McCart v. H & R Block, Inc., 470 N.E.2d 756 (Ind.Ct.App. 1984)).   The plain language of NRCP 65(d) further supports the notion, as it requires an injunction to bind the parties, as well as their agents and any other persons participating or acting in concert with the parties. See NRCP 65(d).

Enjoining a non-signatory preserves the purposes of the covenant; otherwise, permitting someone to intentionally end-run around a non-competition provision essentially renders that provision useless. See Day Cos. V. Patat, 440 F.2d 1343 (5th Cir. 1971), cert. denied, 404 U.S. 830, 92 S.Ct. 71, 30 L.Ed.2d 59 (reasoning a non-signatory to a covenant will be bound because a covenantor will not be allowed to do through others what he or she could not do directly); H&R Block Tax Servs., LLC v. Strauss, 2015 WL 470644, at *6 (N.D.N.Y. Feb. 4, 2015) (enjoining non-signatories where evidence showed the non-signatories were acting in active concert with the covenantor); Dad’s Properties, Inc. v. Lucas, 545 So.2d 926 (Fla. Dist. Ct. App. 1989) (even though wife was the sole owner of competing business, she was properly enjoined from competing because she was aiding and abetting her husband to violate his covenant).

Accordingly, those “who benefit[] from the covenantor’s relationship with a competing business must abide by the same restrictive covenant agreed to by the covenantor.” Tantopia Franchising Co., LLC v. W. Coast Tans of PA, LLC, 918 F.Supp.2d 407, 416–17 (E.D.Pa.2013) (citing Total Car Franchising Corp. v. L & S Paint Works, Inc., 981 F.Supp. 1079, 1082 (N.D.Tenn.1997) (not only covenantor and new company bound but also his “servants or agents and those acting in collusion or combination with him”).  The lesson here is that people who have a covenant not to compete should not try to nevertheless compete through a straw person.  Both could end up as defendants in a very expensive lawsuit.