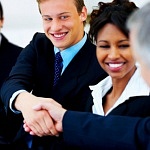 The statute of frauds has its roots in an English law from 1677 called an Act for Prevention of Frauds and Perjuries.  It declares that certain types of contracts encourage either fraud or perjury and the state should therefore refuse to recognize that they are enforceable unless they are in writing.

For example, if Bill owed money to Sam, they could together claim that Sally agreed to pay Bill’s debt.  Both Sam and Bill might be encouraged to commit perjury in that circumstance, lying in order for Bill’s debt to be paid and for Sam to receive the money.  Poor Sally, who might know nothing of the debt, might be forced to pay Bill’s debt.  Since that type of arrangement encourages perjury, the statute of frauds requires that the agreement be in writing.

Nevada’s Statute of Frauds recognizes that every contract listed in Nevada Revised Statutes 111.220 is void* unless the same is in writing “and subscribed by the person charged therewith”:

*Void means null; ineffectual; nugatory; having no legal force or binding effect; unable, in law, to support the purpose for which it was intended.  Black’s Law Dictionary