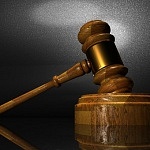 What do you do if you feel that the arbitrator appointed to hear your dispute isn’t providing a fair and impartial atmosphere in which your matter can be heard?  Can you challenge the Arbitrator before he or she makes the final decision in the matter?  What cause is sufficient to have an arbitrator removed?  As is the case with so many questions in the law, the answer is: it depends.  For the most part, parties to an arbitration who feel there is cause to remove an arbitrator are better off if it is a proceeding under the rules of the American Arbitration Association (“AAA”) or JAMS than if it a proceeding governed under the Federal Arbitration Act (“FAA”) or the Revised Uniform Arbitration Act (“RUAA”).

Removal Under the Federal Arbitration Act

The Federal Arbitration Act, Title 9, U.S.C.  does not authorize a procedure for challenging an arbitrator until after the arbitrator makes a final determination.  Without statutory authority to challenge the appointment or continued service of an arbitrator, Courts are reluctant to remove an arbitrator during the pendency of the action.  In the Ninth Circuit, for instance, a district court’s decision to remove an arbitrator for conflict of interest was vacated on a writ of mandamus, stating that court intervention while an arbitration is pending should only occur in extreme cases.  In re Sussex, 781 F.3d 1065 (9th Cir. 2015).

Under the FAA’s Section 10(a), a party may seek vacatur of an award where the award was: (1) procured by corruption, fraud, or undue means; (2) where there was evident partiality or corruption in the arbitrators, or either of them; (3) where the arbitrators were guilty of misconduct in refusing to postpone the hearing, upon sufficient cause shown, or in refusing to hear evidence pertinent and material to the controversy; or of any other misbehavior by which the rights of any party have been prejudiced; or (4) where the arbitrators exceeded their powers, or so imperfectly executed them that a mutual, final, and definite award upon the subject matter submitted was not made.

Removal Under the Uniform Arbitration Act

Under the RUAA, one may challenge an arbitrator’s award based upon “evident partiality” of a neutral arbitrator, including disclosed or undisclosed facts, interests, or relationships, under Section 23(a)(2).  The challenge, however, appears to only be available as a post-award proceeding.  There isn’t a specific provision for removal of an arbitrator while the matter is pending.  Even a challenge for failure to properly disclose “known facts that a reasonable person would consider likely to affect the impartiality of the arbitrator in the arbitration proceeding” as required by Section 12(a) seems to require a party to wait until after an award is granted.  Section 12(d) provides “[i]f the arbitrator did not disclose a fact as required by subsection (a) or (b), upon timely objection by a party, the court under Section 23(a)(2) may vacate an award” (emphasis added).

Corruption and misconduct are grounds to vacate an award by both neutral arbitrators and non-neutral arbitrators appointed by the parties.  As to misconduct, before courts will vacate an award on this ground, objecting parties must demonstrate that the misconduct actually prejudiced their rights. Creative Homes & Millwork, Inc. v. Hinkle, 426 S.E.2d 480 (N.C. Ct App. 1993).  Courts have not required a showing of prejudice when parties challenge an arbitration award on grounds of evident partiality of the neutral arbitrator or corruption in any of the arbitrators. Gaines Constr. Co. v. Carol City Ut., Inc., 164 So. 2d 270 (Fl. Dist. Ct. 1964); Northwest Mech., Inc. v. Public Ut. Comm’n, 283 N.W.2d 522 (Minn. 1979); Egan & Sons Co. v. Mears Park Dev. Co., 414 N.W.2d 785 (Minn. Ct. App. 1987).  Corruption is also a ground for vacatur in Section 23(a)(1) that does not require any showing of prejudice.

Nevada has codified the Revised Uniform Arbitration Act as Nevada Revised Statutes Chapter 38.  NRS 38.241 mirrors RUAA Section 23.  The sole case I was able to find from Nevada is the unpublished opinion Fong v. MGM Mirage Intern. Marketing, Inc., 381 P.3d 612, 128 Nev. 896 (2012).  In this decision regarding a post-arbitration award challenge, the court provides some guidance regarding its interpretation of evident partiality.  The arbitrator was not disqualified from hearing the employment dispute even though he had previously represented one of employer’s potential witnesses and his wife previously worked with the same witness.  The arbitrator fully disclosed his relationship with the witness and the employer agreed to withdraw any evidence relating to the potential witness.

The Nevada Supreme Court denied the evident partiality challenge.  In doing so, it quoted Woods v. Saturn Distribution Corp., 78 F.3d 424, 427 (9th Cir.1996).  “The appearance of impropriety, standing alone, is insufficient to establish evident partiality in actual bias cases, … because a reasonable impression of partiality does not necessarily mean that the arbitration award was the product of impropriety.” Id., 78 F.3d at 427 (internal citation and quotations omitted).  The court opined, “[s]pecific facts that point to an arbitrator’s improper motives are needed in order for a party to prove evident partiality in an actual bias case. Id. ‘[T]he mere fact of a prior relationship is not in and of itself sufficient to disqualify arbitrators.  The relationship between the arbitrator and the party’s principal must be so intimate—personally, socially, professionally, or financially—as to cast serious doubt on the arbitrator’s impartiality.’ Kay v. Kaiser Foundation Health Plan, Inc., 119 Hawai‘i 219, 194 P.3d 1181, 1188 (Haw. Ct.App. 2008) (internal quotations omitted).”

Under the American Arbitration Association (AAA) Rules, an arbitrator can be disqualified during the pendency of the matter for: (1) manifest partiality or lack of independence; (2) inability or refusal to perform his or her duties with diligence and in good faith; and (3) any grounds for disqualification provided by applicable law.  Rules, R-18.  This rule does not apply where the parties have agreed in writing that an arbitrator acts as a “non-neutral” arbitrator.  R-13; R-18(b).

AAA’s administration will hear a request of a party or may consider disqualification of its own initiative.  R-18(c).  Therefore, any such request should be filed with the case administrator and not with the Arbitrator.  Its decision is conclusive. R-18(c).  If disqualification creates a vacancy, then the remaining arbitrator or arbitrators may continue with the hearing and determine the dispute unless the parties agree otherwise. Rule R-20(b).  If a substitute arbitrator is appointed, the remaining arbitrators or the new arbitrator will decide whether it is necessary to repeat all or part of any hearings. Rule R-20(c).

Under the JAMS Comprehensive Arbitration Rules & Procedures (“JAMS Rules”), a party may challenge the continued service of an arbitrator “for cause”.  JAMS Rule 15(i).  The challenge must be based upon information that was not available to the parties at the time the arbitrator was selected. Id. The challenge must be made in writing and the opposing party shall have seven calendar days to respond to the challenge.  JAMS, and not the arbitrator, “shall make the final determination as to such challenge.  Such determination shall take into account the materiality of the facts and any prejudice to the Parties. That decision will be final.”  Id.

If disqualification creates a vacancy, “a new Arbitrator will be chosen in accordance with this Rule, unless, in the case of a tripartite panel, the Parties agree to proceed with the remaining two Arbitrators.”  JAMS Rule 15(g).