Pursuant to Article 6, Section 4 of the Nevada Constitution: “[t]he court shall also have power to issue writs of mandamus, certiorari, prohibition, quo warranto, and habeas corpus and also all writs necessary or proper to the complete exercise of its appellate jurisdiction.” NRS 34.160 provides that “[t]he writ [of mandamus] may be issued by the Supreme Court … to compel the performance of an act which the law especially enjoins as a duty resulting from an office, trust or station …” For more than a century, the Supreme Court has interpreted Nevada’s constitutional and statutory law to vest original jurisdiction in the Supreme Court to issue writs of mandamus.  See State v. Dist. Ct., 116 Nev. 127, 994 P.2d 692 (2000) (citing State ex rel. Curtis v. McCollough, 3 Nev. 202 (1867)).  Thus, the court has the constitutional and statutory authority to issue a writ of mandamus when, in the court’s discretion, circumstances warrant.

A writ of mandamus is available to compel the performance of an act which the law requires as a duty resulting from an office, trust or station, or to control a manifest abuse of discretion.  See Beazer Homes, Nev., Inc. v. Dist. Ct., 120 Nev. 575, 97 P.3d 1132, 1135 (2004); NRS 34.160.)  An abuse of discretion occurs if the district court’s decision is arbitrary and capricious or if it exceeds the bounds of law or reason.  Crawford v. State, 121 P.3d 582, 585 (Nev. 2005) (citation omitted). “Abuse of discretion” is defined as the failure to exercise a sound, reasonable, and legal discretion.  State v. Draper, 27 P.2d 39, 50 (Utah 1933) (citations omitted).  “Abuse of discretion” is a strict legal term indicating that the appellate court is of the opinion that there was a commission of an error of law by the trial court.  Id.  It does not imply intentional wrongdoing or bad faith, or misconduct, nor any reflection on the judge but refers to the clearly erroneous conclusion and judgment – one that is clearly against logic.  Id. END_OF_DOCUMENT_TOKEN_TO_BE_REPLACED 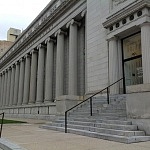 Rule 12(f) provides that a court “may strike from a pleading an insufficient defense or any redundant, immaterial, impertinent, or scandalous matter.” Fed. R. Civ. P. 12(f). “[M]otions to strike should not be granted unless it is clear that the matter to be stricken could have no possible bearing on the subject matter of the litigation.” Colaprico v. Sun Microsys., Inc., 758 F. Supp. 1335, 1339 (N.D. Cal. 1991). 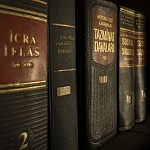 sworn testimony.  Further, “[a]ffidavits/declarations must contain only factual, evidentiary matter, conform to the requirements of NRCP 56(e), and avoid mere general conclusions or argument.”  EDCR 2.21(c).  NRCP 56(e) requires “[s]upporting and opposing affidavits shall be made on personal knowledge, shall set forth such facts as would be admissible in evidence, and shall show affirmatively that the affiant is competent to testify to the matters stated therein.”

The first requirement of Rule 56(e) is that the sworn testimony must be made upon personal knowledge.  See generally Saka v. Sahara–Nevada Corp., 92 Nev. 703, 705, 558 P.2d 535, 536 (1976) (recognizing that affidavits must be based on “the affiant’s personal knowledge, and there must be an affirmative showing of his competency END_OF_DOCUMENT_TOKEN_TO_BE_REPLACED