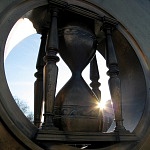 The time allowed to file a claim may be extended pursuant to the “discovery rule”, which is also known as the inquiry notice doctrine.  The discovery rule is available when fairness dictates that the plaintiff should be allowed more time to file her claim because the nature of the claim was hidden from her somehow.  Claimants must demonstrate the reasons or excuses why the statute should be tolled.  Siragusa v. Brown, 971 P.2d 801, 807 (Nev. 1998).  “This rule requires a plaintiff to use due diligence in determining the existence of a cause of action and delays the accrual of the cause of action until the plaintiff obtains inquiry notice. Bemis v. Estate of Bemis, 114 Nev. 1021, 1025, 967 P.2d 437, 440 (1998) (applying the inquiry notice standard to determine when the applicable statute of limitations ran).” END_OF_DOCUMENT_TOKEN_TO_BE_REPLACED

“The court looks with disfavor on motions to exceed page limits, so permission to do so will not be routinely granted.”  LR 7-3(c).

IT IS SO ORDERED:

In Nevada, a claim for civil conspiracy requires: (1) two or more parties; (2) acting in concert; (3) with an intent to accomplish an unlawful objective for the purpose of harming another; and (4) damages. Consolidated Generator-Nevada Inc. v. Cummins Engine Co., Inc., 114 Nev. 1304, 1311, 917 P.2d 1251, 1256 (1998).  When alleging civil conspiracy between corporations, one must plead and prove that agent(s) of each corporation involved acted outside their employment and personally became a conspirator.

Under the Intracorporate Conspiracy doctrine, members of a corporation, such as officers or employees, cannot be held to have conspired among themselves, because the corporation and its agents constitute a single actor for purposes of law. Therefore, the plurality of actors requirement needed to constitute a conspiracy is not satisfied.  “Agents and employees of a corporation cannot conspire with their corporate principal or employer where they act in their official capacity on behalf of the corporation not as individuals for their individual advantage.” Collins v. Union Federal Savings and Loan Association, 99 Nev. 284, 304, 662 P.2d 610, 622 (1983).

“[I]n order to sustain a claim for civil conspiracy for agents of a corporation are involved, it is necessary to show that one or more of the agents acted outside of the scope of their employment to render them a separate “person” for purposes of the conspiracy.” Faulkner v. Arkansas Children’s Hospital, 69 S.W. 3d, 393, 407 (Ark. 2002). Thus, it is incumbent upon the Plaintiff to allege sufficient facts that corporations which are alleged to be agents of one another received “a benefit wholly separable from the more general and indirect corporate benefit always present under the circumstances surrounding virtually any alleged corporate conspiracy.” Seleman v. Am. Sports Underwriters Inc., 697, F. Supp. 225, 239 (W. D. VA 1988). See also Trau-Med of Am. Inc. v. Allstate Ins. Co., 71 SW 3d 691, 704 (Tenn. 2002) (affirming dismissal of a conspiracy claim and noting “in this case, the plaintiff does not even intimate much less expressly allege in the complaint that the corporate agents involved in conspiratorial conduct were acting outside the scope of their employment or that they were pursuing their own personal objectives”).

In the case of Milwaukee and St. Paul Ry. Co. v. Kellogg, 94 U.S. 469, 24 L. Ed. 256, Mr. Justice Strong, speaking for the supreme Court of the United States, said:  “In the nature of things, there is in every transaction a succession of events more or less dependent upon those preceding, and it is the province of a jury to look at this succession of events or facts and ascertain whether they are naturally and probably connected with each other by a continuous sequence or are dissevered by new and independent agencies, and this must be determined in view of the circumstances existing at the time.” 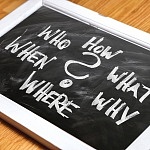 Nevada law requires that counsel, before filing a motion regarding a discovery dispute, meet and confer in an attempt to resolve the matter without court intervention.  This article discusses the requirements of that obligation, together with the mechanics of how the parties must be prove compliance with the requirement to the court.

(d) Discovery motions may not be filed unless an affidavit of moving counsel is attached thereto setting forth that after a discovery dispute conference or a good faith effort to confer, counsel have been unable to resolve the matter satisfactorily. A conference requires either a personal or telephone conference between or among counsel. Moving counsel must set forth in the affidavit what attempts to resolve the discovery dispute were made, what was resolved and what was not resolved, and the reasons therefor. If a personal or telephone conference was not possible, the affidavit shall set forth the reasons.